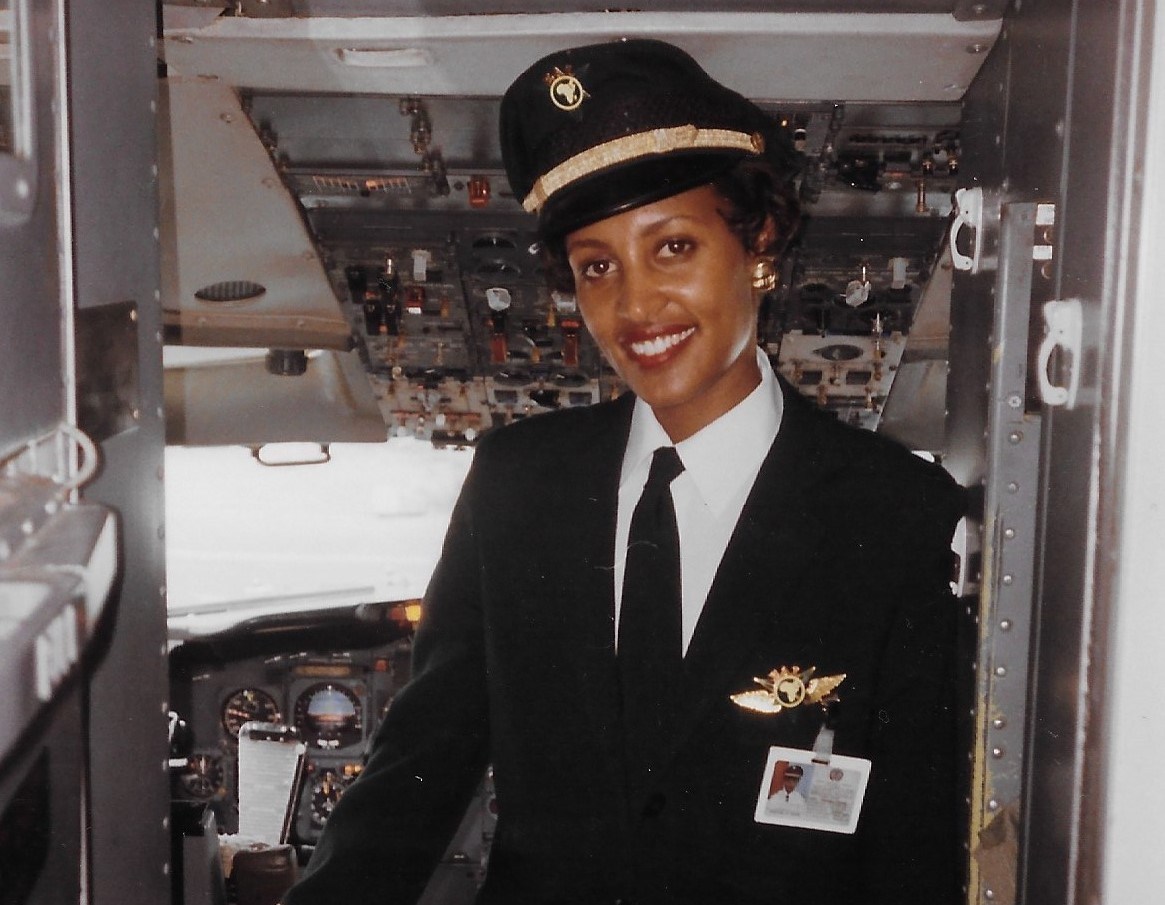 Originally from Eritrea and raised in Ethiopia, Sophie Ghezai is currently Director of Safety and Operations for Airlines for America, an association that advocates, on behalf of its members, to develop critical policies and actions to promote safety, security and a healthy air transport industry in the United States. The association works with major US airlines, unions, the US Congress, the US administration and other groups to improve the aviation industry for travelers and shippers. Founded in 1936, Airlines for America is one of the oldest associations in the aeronautical industry and is the source of many aviation standards in the US. Each year, commercial aviation generates nearly $ 1.5 billion in economic activity in the US and more than 10 million jobs in the country.

BACHELOR OF FOREIGN LANGUAGES AND LITERATURES, THEN PILOT INSTEAD OF STEWARDESS

Sophie Ghezai always dreamed of working for an airline. She obtained a a Bachelor’s degree in Foreign Languages and Literatures from Addis Ababa University in June 1989.

That same month, instead of following the more traditional path of a woman of that era and becoming a stewardess, Sophie Ghezai chose instead to apply for an 18-month pilot training program, and for the first time In the 26-year history of the Ethiopian Airlines Flight Academy, she became the first woman to enter school, before becoming, in 1991, the first female commercial pilot of Ethiopian Airlines.

After receiving her pilot wings, Sophie Ghezai served as First Officer (Co-Pilot) for six years in Africa, Asia and the Middle East on DHC-6 (Short Take-off and Landing Aircraft) and Boeing 737. She was She was also a flight engineer on the Boeing 707. While working at Ethiopian Airlines, she had to deal with skepticism about the rejection of some passengers.

One passenger told him one day that he would not have booked the flight if he had known that a woman would be his pilot. Despite the adversity, Sophie Ghezai continued to evolve and succeed in her career and paved the way for women to follow in her footsteps. “You know that you have to work hard to succeed, to make sure you excel, because the wait is there and everyone is watching you too”, she said in an interview with the channel. American ABC.

A BREAK IN SAUDI ARABIA

In 1997, Sophie Ghezai’s career was interrupted when she moved with her husband and first son to Saudi Arabia, where women’s rights at work had not yet made much progress. She took advantage of this time to focus on her family, raise her two young sons and find time for her personal hobbies, such as reading, traveling, scuba diving and Arabic classes.

BACK TO ORDERS IN THE USA

Several years later, when the family was transferred to Washington, and she immediately started flying again. To do this, Sophie Ghezai attended courses at Dulles Aviation to convert her Civil Aviation Pilot License into a Federal Aviation Administration Certificate, and received her Airline Transport Pilot License (ATPL) in order to fly to United States. She became First Officer at Atlantic Coast Airlines in 2001, which later became Independence Air (FLYi), J-41 (Regional Plane Turbo Propeller) and CRJ-200 (regional jet aircraft of the Canadian manufacturer Bombardier Aerospace). Unfortunately, when the airline declared bankruptcy in 2005, its pilot career was again put on hold.

As a single mother, she decided to get into real estate, giving her the flexibility to spend more time with her children. She also took advantage of this moment, with the support of her family, to complete the courses on safety management systems (SMS) and auditing at MITER, as well as to do an internship at the Office of Air Navigation of the International Civil Aviation Organization (ICAO), followed by ICAO’s National Security Program (SSP). She then completed her Master’s degree in Aviation Management and Aerospace Safety Systems at Embry-Riddle Aeronautical University, which she completed in 2016.

Sophie Ghezai wanted to continue to evolve in the aviation sector, her passion for all time. After 12 years as a pilot, she joined Airlines for America (A4A) in 2016 as Director of Flight Safety and Operations. It now works closely with major airlines in the country to advise, evaluate and develop standards and procedures. that maximize security and improve operational efficiency.

Sophie Ghezai also spends her time making the aviation career accessible to people of all genres and backgrounds. Over the past fifteen years, she has been involved in the activities of Women in Aviation International (WAI), the Black Aerospace Professionals Organization (OBAP), the International Women’s Aviation Association (IAWA), and from the Washington DC Aero Club.

She also advises and encourages young women in the Washington, DC area to reach their goals. “Most of these young women do not even know that the opportunity exists. So, I try to tell them, this is it, as long as you are determined, you are passionate and you are consistent in what you want to do, “said Sophie Ghezai in an interview on an American channel.

Burna Boy gets a Grammy Awards nomination: The crowning achievement of a success story. 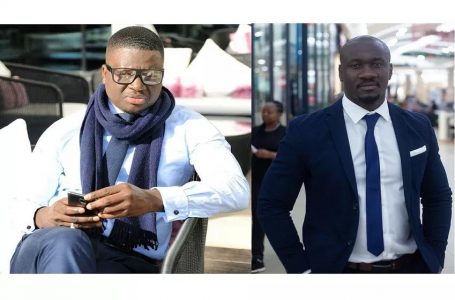 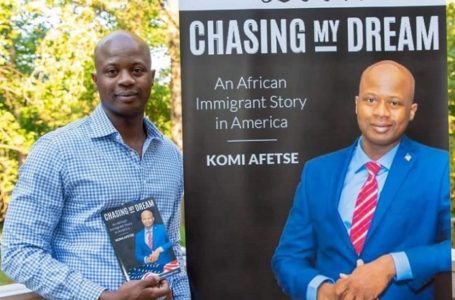 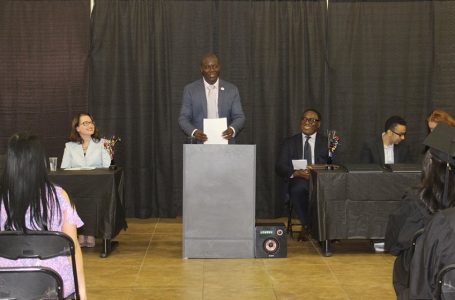 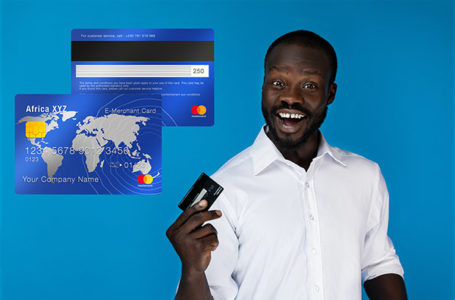 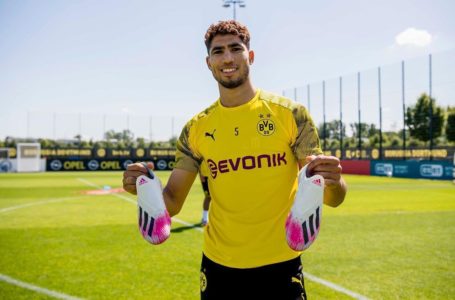 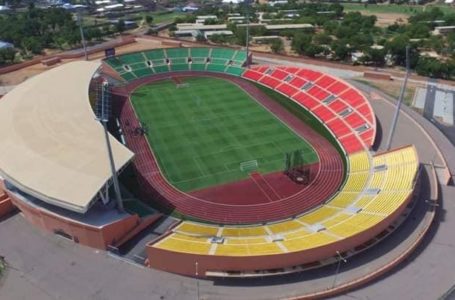 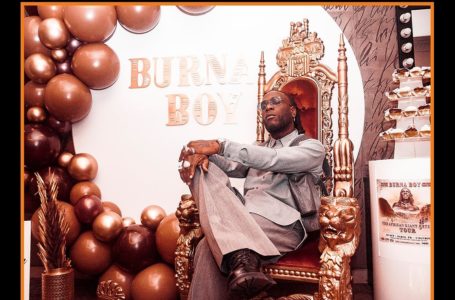