Aubameyang ends the season on a high note 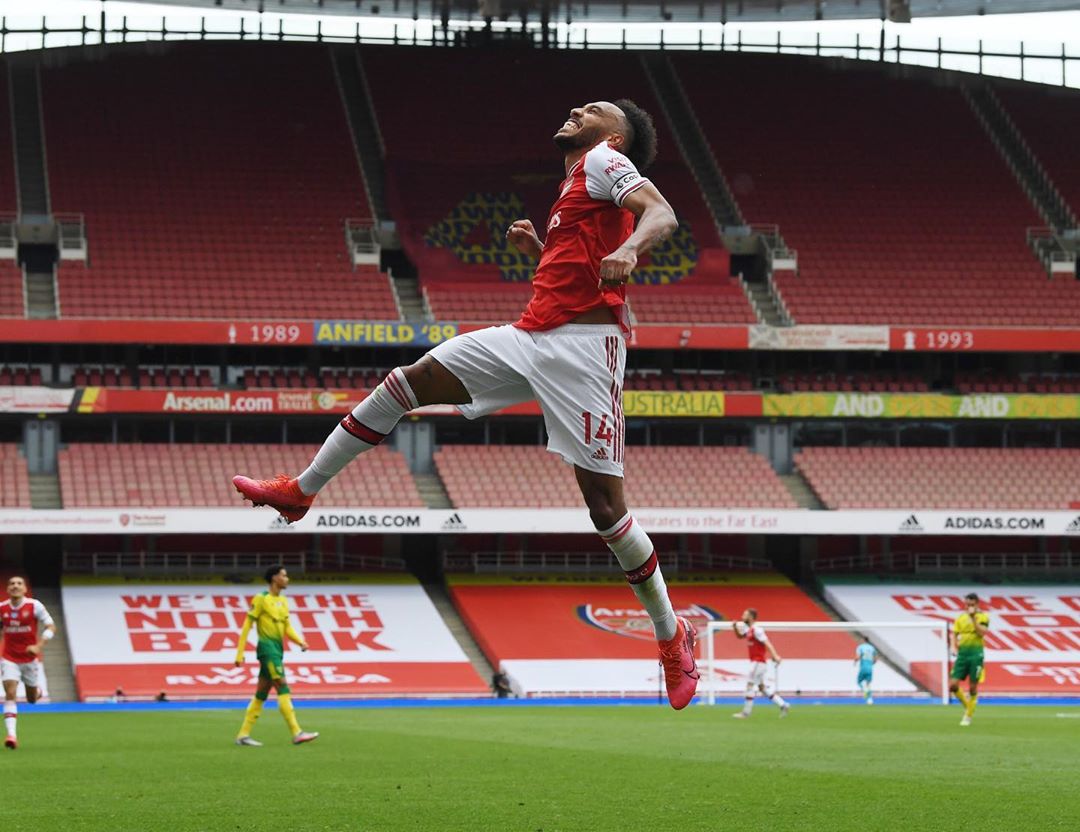 Arsenal’s Pierre-Emerick Aubameyang earned a place in the top ranking of goal scorers as the English premier league season came to an end on Sunday.

It was match day 38 in the English premier league on Sunday 26th July. Whilst the chase for 2 available Champions League spots was on, relegation battle was fierce too. But above the teams, players were involved in competing for individual laureates. Leicester City’s Jamie Vardy was sitting at the top of the scorers’ chart going into the games with 23 goals chased by Aubameyang who had 20 goals to his name.

It looked like it was all done and settle for the top scorer spot until the Arsenal captain got two goals in the first half of his side’s game, taking him therefore just a goal away from sharing the spot with Vardy.

In the previous season, Aubameyang was a joint top scorer with Liverpool attacking duo Mo Salah and Sadio Mané.

This time it wasn’t to be, but the Gabonese striker will look back on that feat with pride especially with his team having their worse season in a long while, finishing 8th on the table.

“The philosophical dialogue between the West and Africa has rarely been better presented than in Ambiguous Adventure”; Chinua Achebe