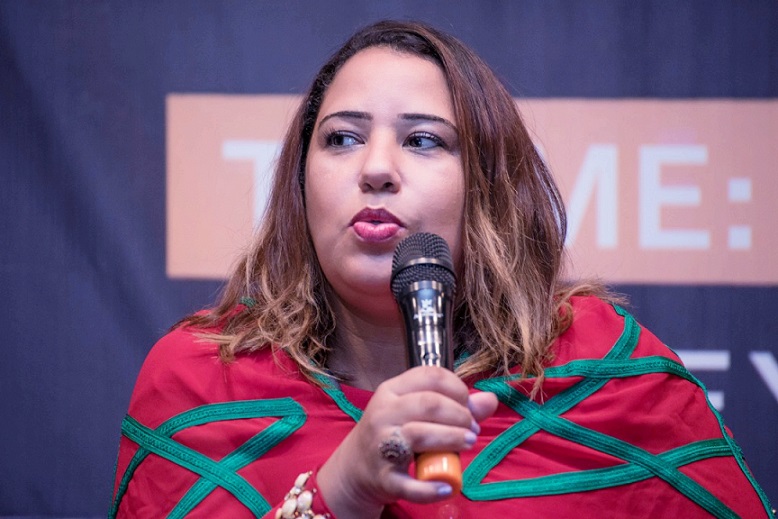 The Governing Council of the Pan African Youth Leadership Foundation selected Moroccan activist and president of the International Center for Diplomacy Karima Rhanem as one of the 30 MOST INFLUENTIAL YOUNG LEADERS OF THE YEAR 2019.

Ms. Karima Rhanem’s selection was based on her many achievements as a young leader working to promote youth rights and advocate for the effective implementation of youth policies. She has also been selected for her humanitarian and development work in Africa and as a role model to young people. This is highest recognition of the Foundation which was presented to her at just concluded Africa-Europe Youth Leadership Summit on September 28 in Banjul, Gambia.

The Summit, attended by representatives of civil society, businesses, governments, academia and the diplomats, brought together young leaders from both continents to increase the participation of young people in Afro-Europe Leadership and promote their role in influencing policies and boosting partnership among the Afro- Europe young leaders.

#NotTooYoungToLead, the main slogan of the Summit aims at sharing with youth some of the inspiring success stories of young people, who despite lack of opportunities managed to create innovative initiatives and became leaders in their own field.

#NotTooYoungToLead also showed youth that Leadership is not just in politics but rather cross cutting all sectors. Karima Rhanem shared her experience related to the many initiatives she founded that started only with a simple idea to became a real project on the ground, one of which is Africa My Home initiative, which empowers Africans to inclusively participate in their own developpement and create their own solutions by Africans with Africans and for Africans for local ownership and sustainability.
She had also highlighted Morocco’s experience in setting up participatory democracy mecanisms, allowing youth and civil society to be part of the decision making process cycle.

She was the first Moroccan woman to be awarded the Pan African Humanitarian Award for the Young Achievers for Social Leadership and Nation Build-ing in 2017. She has also won an Outstanding Award for Global Leadership Excellence in Public Policy and International Integration and named Humanitarian Ambassador for the World Habitat Ambassadors Foundation.

She was also nominated 2018 Ambassador of the Pan African Humanitarian Summit and Awards and was named Women of Substance at the Executive Leadership Summit in Zambia by PeacfulMind Foundation.

Being a Mentor to many youths, she has been selected by the New Africa Youth Business Summit to be decorated with the youth mentorship award. Karima Rhanem has a BA in communication studies, Higher Education Degree in Governance and Public Policy and an MA in media studies. She is fluent in Arabic, French, and English. She also speaks average Spanish and basic Turkish.