#Don’tRushChallenge – The geniuses behind the music 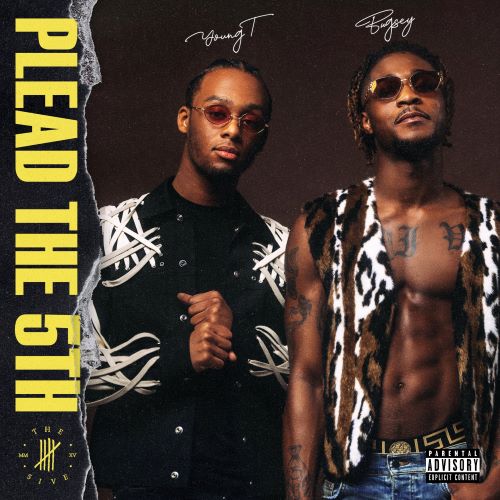 Nigerian-born Doyin ʽʽBugseyʼʼ Julius and Ra’chard ʽʽ Young T ʼʼ Tucker (Jamaican roots) have come into the global limelight in the wake of their song becoming somewhat an anthem for trending videos on social media.

You would have come across the hashtag #Dontrushchallenge as the caption to a panoply of videos in which ladies show their faces before and after makeup or guys bring on their sartorial elegance.

One thing runs through all those amazing videos: A hip-hop song with a mid-tempo rhythm in the background.

in November 2019, when Young T and Bugsey released the Don’t Rush track that they cooked a year ago, they didn’t imagine it would hit every corner of the world the way it is doing. And one could deduce that, from the noticeable excitement in their voice when they spoke to BBC’s Bola Mosuro in an interview. « I didn’t know what to say, I didn’t know what to think, I was kind of surprised. The first challenge that the original girls did, I’d seen it late at night, I thought oh yeah this is sick and by the morning everyone was catching on it. »Young T shared his sentiments on the videos going viral.

Bugsey continued with an angle about what the success has brought to them «We are getting listeners and fans from all different kind of places that we never had before. We were very heavily UK oriented and now it’s like our music has traveled to so many different places. »

The most special thing for them the fact a lot of people keep jumping on the challenge despite the efforts it demands «To make a don’t rush video is not like few seconds one bam bam, you have to edit it you have to bring your friends on board and you know how it is organizing when there are so many people getting involved and they are doing it for the love of the song and that’s the bit that makes me happy the most, that we have been able to bring so many people together through music.»

The duo despite making their first real global impact has been around for a while. Indeed, they signed a deal with Sony back in 2016 and were known to the UK music audience.

Even though their planned tours and concerts have been postponed due to the Coronavirus pandemic, they take solace in the relief the challenge is bringing to everyone including the health workers in these hard times.

Environmentalist by day, bartender by night: An entrepreneur driven by passion

Top European clubs in a race for Thomas Partey