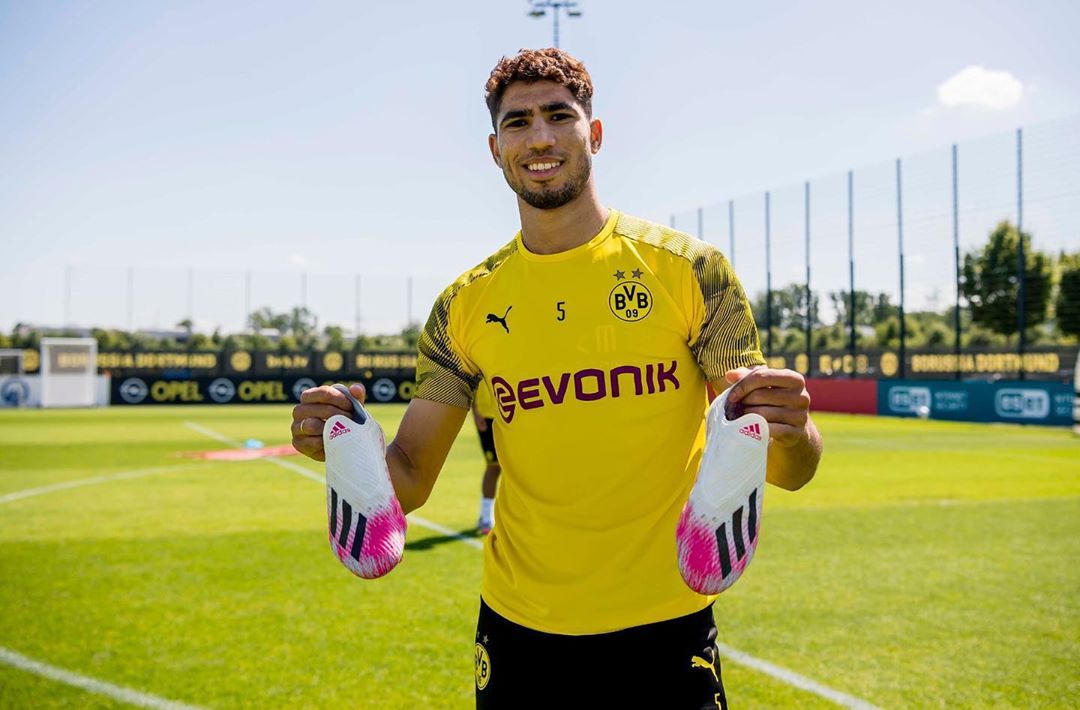 It was to be expected. Real Madrid seemed not interested in getting the young Moroccan back into the squad since he had been sent on loan to Borussia Dortmund for two seasons. The young defender struggled to get games under his belt as he faced fierce competition from Dani Carvajal at the right-back position.

Achraf, 21 years, with great numbers last season (10 goals and 10 assists) playing down the right side, caught the attention of a number of clubs, including Antonio Conte’s Inter Milan. The Italian club came up with a greater financial package and snatched the player from Dortmund.

He had a message for Dortmund when his departure was confirmed.

«The time has come to close a very beautiful stage in my life. After two wonderful years, I’m ready to leave this club that has given me so much joy.
From the first moment, the care and attention by the club and the city has been amazing. Now I know that I was right to choose Dortmund as my home two years ago.
I want to thank all my teammates, the coaching staff and all the club’s staff for the love and trust they have shown me at all times. I also want to thank the wonderful fans who have supported us unconditionally in every game. I’ll never forget the Yellow Wall (Gelbe Wand), which is simply wonderful.
Finally, I would like to thank my family and friends for supporting me at all times.
I hope that one day our paths will cross again.
See you soon Borussia Dortmund. »

His agent is said to have made accusations against Zidane for being the reason why Real Madrid wouldn’t take the player. But ultimately, Achraf gets to play in a team coached by someone who has shown a lot of interest in him.