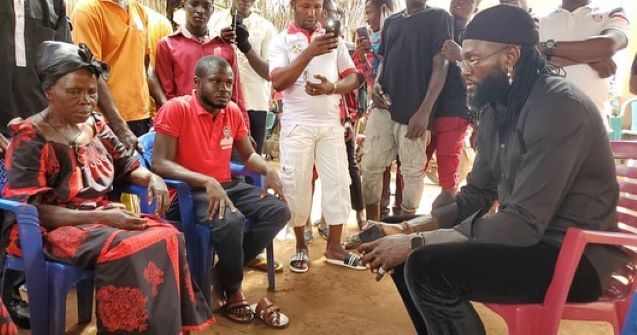 Togolese striker who died recently following a sickness was buried on Saturday.

Adebayor was there to commiserate with the family and pay tribute to the Kossi Koudagba who happens to have played with him. At the burial held in Davié (Togo), the former Arsenal star was received by the family and had the chance to interact with them.

Adebayor then took to Instagram to express how he felt: «it was a very emotional day for me. Kossi Koudagba was a very talented Togolese prospect with whom I had the chance to play. He was twice the top scorer in Division 1 and played an exceptional role in securing the first champion title for his team, the ASCK. In him, I saw a lot of talent and I saw the future of Togolese football. I even picture him in some of the biggest European clubs. It was with great shock that I learned about his death. So I made the trip today to support his family in Davié. As I stood in from of his grave, I experienced a unique sensation that words cannot describe. Little brother, may the earth be light upon you. For the family, I pray that you will find peace of heart, courage, and strength in this time of mourning» He emotionally posted.