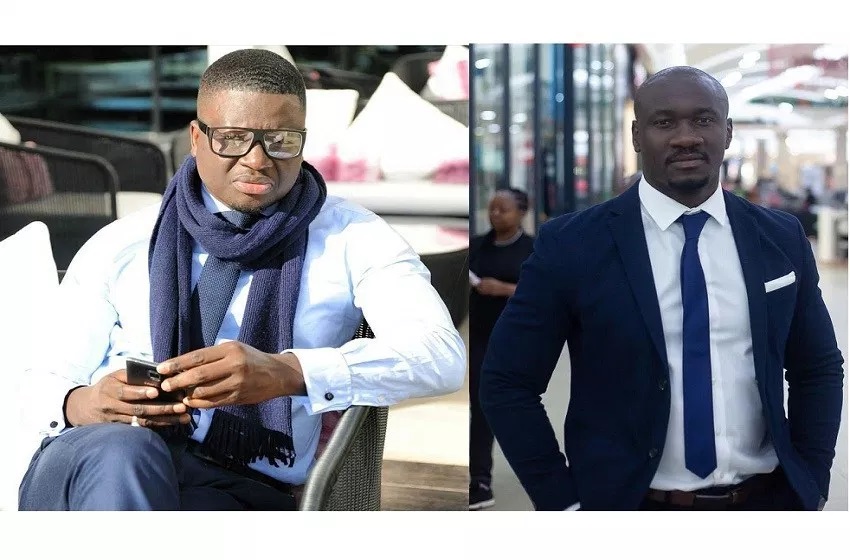 For the young Africans in search of inspiration and role model, these guys need no introduction any more. Coming from hostile settings of Africa, they are neither footballers nor populist singers; not even pastors or prophets of the Gospel. The Congolese Zack Mwekassa and the Senegalese Thione Niang are two young leaders “of the moment”. They are part of the category of young Africans, the new generation whose actions and exemplarity precede speeches and praises.

Zack Mwekassa and Thione Niang respectively 35 and 39, are very much in demand in many a conference throughout the World among which the Leadership Africa Summit of Lomé taking place next August 17.

Boxing and kick boxing champ categorized as the 4th lightest heavyweight in the world, motivator, speaker, writer, head of a company , Zack Mwekassa presents himself as “the living proof of the fact that failure is not inevitable”. Born in a humble family of the DRC, nicknamed the Black Warrior, this youth has in turn “survived the war, the eruption of the great volcano Nyiragongo, poisoning, a snake bite, and norrowly escaped a forced recruitment by a rebel group” as he describes it in his book.

Very active on the social media where he enjoys an important fandom of young Africans, the black warrior appears as a guest star on the poster of the Leadership Africa Summit of Lomé.

Also there to the delight of the participants, Thione Niang appears on the poster of the same event. Political strategist proving his worth on the campaign team of Barack Obama where he was the community organizer of the young democrats for the county of Cuyahoga and financial director of the campaign intended for the under 40, this young Senegalese left lasting footprints from Dakar to Washington through Cleveland.

Daring, Thione Niang does not have his fill of the praise superlatives he has already acquired. From the White House, he has several project commitments for the benefit of the youth, which bring him to work with Akon, the American rapper originating from Senegal like him, within the framework of “Akon Lighting Africa” aiming at bringing electricity to remote areas of Africa.

But it is on his farms of 75 hectares in Senegal where he grows tomatoes while creating jobs, that the young man will surprise the whole world, prompting the great media’s headlines to read in bold : Thione Niang, from the White House to the Champs (farms) of Senegal. Keen on social entrepreneurship, Thione Niang is expected in Lome in less than two weeks.

These two figures will be joined by a dynamic of personalities for an outstanding panel, but above all the possiblity of building up a solid agenda to boost the young participants who will be able to form business networks through contacts.
Centered around the theme « Promoting development through innovations and entrepreneurship », the Leadership Africa Summit of Lomé will deal with topics related to agribusiness, entrepreneurship, tech innovations, renewable energies, leadership and enrichment.

Prize of the best project and young startup

It is a contest organized by Up Africa Partners equally supporters of the event, and targets all activity sectors with a preference for the fields of agribusiness, entrepreneurship, tech innovations, renewable energies and leadership. The 5 best shortlisted will proceed to a final in the form of a pitch contest during the forum on August 17.

More information on the site of the event: www.upafricapartners.com

Kumatoo/ Who’s Who of the Top African Inventors Revolutionizing Healthcare