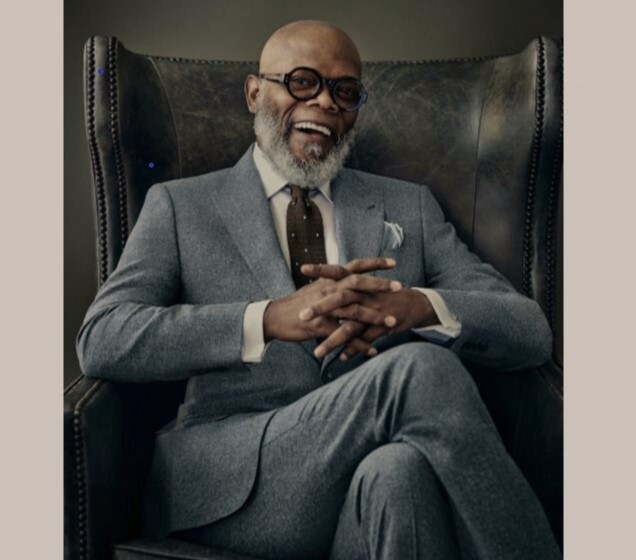 Gabon, from now on, counts among its natinals an eminent person : the famous American actor and producer Samuel L. Jackson. The latter paid a visit to Gabon, hometown of his ancestors on the occasion of a documentary on slavery.

Visiting Gabon last July 23, following in the steps of his ancestors, Samuel Leroy Jackson was undertaking the tour as part of the shooting of an episode titled “Origins”, a component of the documentary “Enslaved : The Slave Trade as told from the Ocean Floor”, on the trade of slaves and to learn more on the history of the « Benga ». The American actor who recently found out his origins go back to the Benga, a people of the Estuaire province thanks to DNA test, has thus naturalized through a decree and got his Gabonese passport in the process on this August 1. A presentation that took place during an official ceremony chaired by the Foreign Affairs Minister of Gabon Alain-Claude Bilie By Nze.

The 70-year-old American actor was delighted at the welcome he got and declares feeling himself at home since he set foot on the land of his ancestors. « I have been very welcome. I feel at home since my arrival» said Samuel Jackson.

According to Gabonese authorities, this express naturalization of the worldwide cinema star came as the result of a promise made by Ali Bongo in 2015 to African descendants. « In keeping with his 2015 commitment, following the first meeting celebrating, in Libreville, the decade of African descendants ordered by the UN, the President of the Republic, has just authorized the issuance and the presentation of an ordinary Gabonese passport to M. Samuel Leroy Jackson », justified Alain-Claude Bilie By Nze the Minister.

Throughout the visit of the the actor in Gabon, Samuel Jackson had a heavy and very precise schedule to go through including among others a documentary shooting. He also had in store a meeting with the President of the Republic of Gabon Ali Bongo Odimba and tours of sites that mark slave trade where he will produce a documentary film.

After his different shootings, the actor will have an audience at the ministry of Culture, Environment and Trade. His coming will help to promote, after the of shooting of “The Legend of Tarzan » in 2016, the Gabonese landscapes that are becoming more and more attractive for international productions

The authorities of Gabon certainly count on this type of communication to promote tourism in the country.

After his stay in Gabon, the star of Hollywood Samuel L. Jackson continues his journey in Africa and it is precisely in Ghana that the African American actor landed following a stay of about ten days in Gabon, the country of his ancestors.

“Fiston”: Kaporal Wisdom uncovers the dark side of Man !

Togo/Bawa Aliou, a Paralympic athlete who honors his country